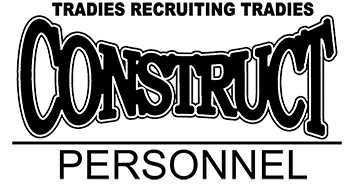 How Technology is Impacting on Employment in Australia

A major report recently released by CEDA focused on the future of Australia’s workforce and closely examined how technology is impacting on employment throughout the nation. With its significant effects all across various industries and within numerous professional sectors, technology is effectively changing the shape of employment in a variety of ways.

The aforementioned report estimated that almost five million positions are at an increased risk of becoming redundant due to the emergence of new technologies in the workplace: this technological boom is set to come about and really take hold in the next ten to fifteen years. What this means is that as many as forty per cent of all working Australians – not to mention hard working labourers and trade staff – face the terrifying prospect of being unemployed. It is also estimated that an additional 18.4 per cent of employees are at a medium level risk of losing their current jobs. Watch Cyberbully (2015) Full Movie Online Streaming Online and Download

Thanks to the rapid advances of increasingly affordable and sophisticated technology, a whole host of employment areas – ones comprised of both skilled manual labour and professional work – are already being displaced. The particular robotic units currently in development can be quickly programmed by any regular worker in order to efficiently perform almost every hand-eye coordination task imaginable: these robots are even being trialled to perform complicated tasks such as laying bricks and pipes and painting.

The white collar jobs typically performed by human workers are also at risk due to these sudden advances in artificial intelligence. In fact, there is a multitude of jobs within the construction industry – engineering positions typically filled by labour recruitment agencies – which are already facing significant cuts due to this new type of emergent technology. This includes everything from skilled labour jobs, hired trade staff and managers, as well as qualified engineering recruits.

Why You Need Recruitment Consultants for Skilled Labour Hire »

One comment on “How Technology is Impacting on Employment in Australia”

Civil and construction labourers required in Ballarat- must have a great attitude experience in construction, white card and all PPE!Hourly rate - $31 - $36 plus $24 travel allowance per day!Contact us if interested! ... See MoreSee Less
View on Facebook
· Share

Boilermaker / Welders required for various client sites around Melbourne with some projects leading to Fulltime employment for the right person.
View on Facebook
· Share